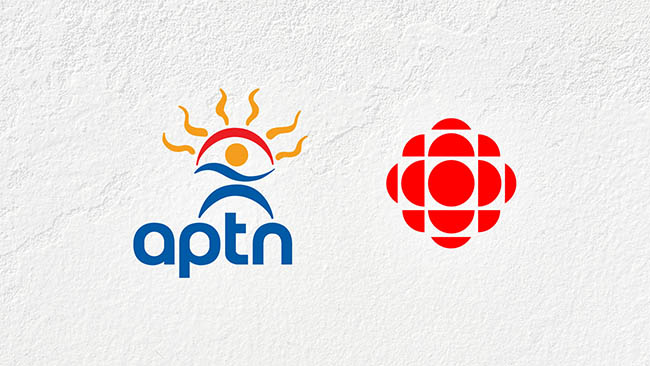 WINNIPEG, Man., March 3, 2022 – APTN and CBC/Radio-Canada today announced a new collaboration to create more Indigenous content for all Canadians. The agreement will enhance both networks’ abilities to create First Nations, Inuit and Métis programming, increase access to and awareness of this new content, and connect people, both Indigenous and non-Indigenous, across the land.

“We are delighted to begin this new collaborative partnership with CBC/Radio-Canada, which will help further the voices of Indigenous Peoples through authentic news coverage and unique Indigenous-produced content. Indigenous journalists, creators and producers will also feel its benefits, since this partnership expands their reach and invites more Canadians to enjoy their work.”

“CBC/Radio-Canada has an important role to play in reconciliation. We are proud to partner with APTN to deepen our commitment to First Nations, Inuit and Métis journalists and creators. This initiative dovetails with the work we have undertaken to strengthen our relationships with Indigenous-led broadcasters, production companies and creators through a new Indigenous strategy that will build on the public broadcaster’s services, such as CBC Indigenous and CBC North, and Espaces autochtones and ICI Grand Nord.” 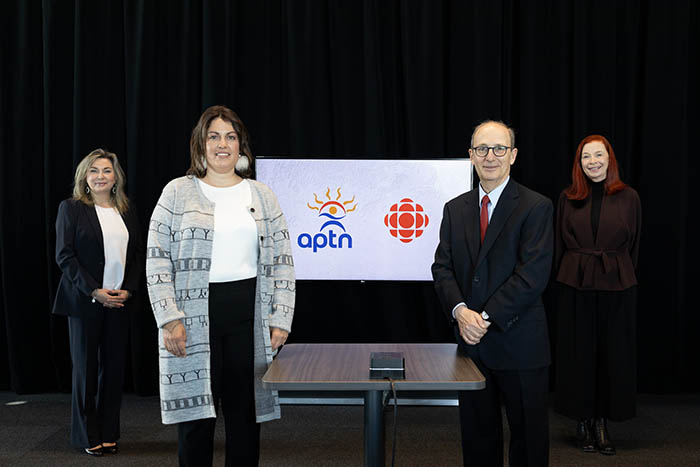 The agreement between the two broadcasters will see them work more closely on Indigenous productions and news and information programming by:

In addition to programming, both APTN and CBC/Radio-Canada will also collaborate on their common objectives of recruiting, retaining and advancing Indigenous employees and supporting independent Indigenous producers.

Photo Caption (see attached):
(From L to R): Monika Ille, CEO of APTN, Julie Grenier, Chair of APTN’s Board of Directors,  Michael Goldbloom, Chair of the CBC/Radio-Canada Board of Directors, and Catherine Tait, President and CEO of CBC/Radio-Canada, at the signing of the first-ever memorandum of understanding between the two organizations during a ceremony in Montreal on March 3, 2022.

About APTN
APTN launched in 1999 as the first national Indigenous broadcaster in the world. Since then, the network has become a global leader in programming that celebrates the rich diversity of Indigenous Peoples across Turtle Island and beyond. A respected non-profit and charitable broadcaster, APTN shares authentic stories in English, French and a variety of Indigenous languages with over 10 million Canadian subscribers. APTN proudly features over 80% Canadian content and inspires audiences via multiple platforms, including its Indigenous-focused streaming service, APTN lumi.

About CBC/Radio-Canada
CBC/Radio-Canada is Canada’s national public broadcaster. Through our mandate to inform, enlighten and entertain, we play a central role in strengthening Canadian culture. As Canada’s trusted news source, we offer a uniquely Canadian perspective on news, current affairs and world affairs. Our distinctively homegrown entertainment programming draws audiences from across the country. Deeply rooted in communities, CBC/Radio-Canada offers diverse content in English, French and eight Indigenous languages: Cree, Dëne Sųłıné (Chipewyan), Gwich’in, Inuktitut, Inuvialuktun, North Slavey, South Slavey, and Tłı̨chǫ (Tlicho). We also deliver content in Spanish, Arabic, Chinese, Punjabi and Tagalog, as well as both official languages, through Radio Canada International (RCI). We are leading the transformation to meet the needs of Canadians in a digital world.