NACCA and DISC: working towards a new fiscal relationship

NACCA and DISC: working towards a new fiscal relationship

Ottawa, January 29, 2018 – The National Aboriginal Capital Corporations Association (NACCA) was eager to hear about the priorities of Canada’s new Department of Indigenous Services Canada (DISC). For over a year now, NACCA has been advocating on behalf of its members to increase the availability of capital and support services for Indigenous businesses. Currently about half of the members are operating under capacity due to lack of resources.

NACCA CEO Shannin Metatawabin expressed cautious optimism prior to the recent press conference held by The Honourable Jane Philpott, Minister of Indigenous Affairs. “We are hopeful for a real action plan to implement the promises and the recommendations of the past few years” said Metatawabin.

Minister Philpott spoke of five key priority areas for her new department. NACCA commends Canada’s commitment to “health, education, child & family services, and reliable infrastructure such as water & housing”. These four areas are long-standing concerns for all Indigenous communities and organizations, including NACCA.

The fifth and final priority area for DISC will be “a new fiscal relationship”. NACCA has the solid foundation in place to build a feasible economic development agenda with DISC, and to meet the demands of the growing number of entrepreneurs from all Indigenous groups including First Nations, Métis, and Inuit.

“The backbone of any healthy and vibrant community is its economy” says Metatawabin, “Indigenous communities have always been secondary to other communities” in terms of economic investment and development by Canada’s elected officials. The Industrial Development Bank, now called Business Development Bank of Canada (BDC), was formed after the Second World War in an effort to stimulate Canada’s economy. BDC provides financing to Canadian businesses, and through their subsidiary BDC Capital, offers a full spectrum of specialized financing, including venture capital, growth and business transition capital and growth equity. Last week the federal government announced they were giving BDC an additional $700 million to grow Canada’s clean technology industry. NACCA needs a similar injection of capital to continue its growth of the Indigenous economy.

Indigenous entrepreneurs, with their own distinct needs and challenges, have been served by a network of Aboriginal Financial Institutions (AFIs) for over 30 years. NACCA members are a network of nearly 60 AFIs located all across Canada, serving all Indigenous people and communities. NACCA and its network of AFIs have been successful in economic development within the Indigenous communities, much like the BDC with the non-Indigenous population. NACCA has been in discussion with key federal departments, BDC, and corporate investors on measures needed to support a sustainable economy for Canada’s Indigenous communities. There is strong interest in NACCA’s plan for its own capital fund called the Indigenous Growth Fund. This would be similar to BDC Capital but designed to meet the distinct needs of Indigenous entrepreneurs.

NACCA recognizes that implementation can take time when the public demands due diligence, and we are hopeful that the government has positioned itself to now move into action. After years of studying how best to achieve the obvious goals such as clean water and economic sustainability for the Indigenous Peoples of Canada, it is now time for reconcili-ACTION.

The National Aboriginal Capital Corporations Association (NACCA) is a network of Aboriginal Financial Institutions (AFIs). The AFIs provide funding and services to Indigenous businesses. There are currently 58 AFIs all across Canada, each serving certain regions and Indigenous groups. NACCA and the AFIs are proud to provide business services to First Nations, Inuit and Métis entrepreneurs and communities. 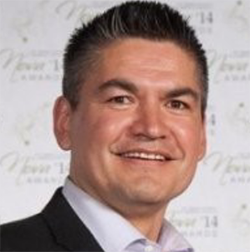