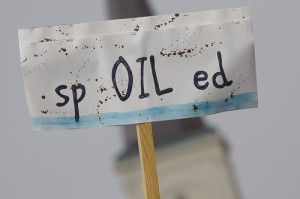 VANCOUVER, BC, Oct 8, 2013/ Troy Media/ – As almost everyone knows by now, Canada has some interesting challenges looming when it comes to transporting increasing oil production to markets both inside and outside of Canada.

But what many Canadians might not realize is how important oil exports are to Canada’s economy. Canada has the world’s third largest proven oil reserves, is the fifth largest exporter of crude oil, and is the fifth largest producer of crude oil in the world. And that’s only expected to grow: According to the Canadian Association of Petroleum Producers, production of oil from Alberta’s oil sands is expected to more than double by 2030, rising from the 2012 level of 3.2 million barrels of oil per day to 6.7 million barrels per day.

What would that mean for the Canadian economy? In 2011, CERI, the Canadian Energy Research Institute (CERI) projects that investments and revenues from new oil sands projects would be approximately $2 trillion dollars over the period from 2010 to 2035, with a total GDP impact of $2.1 trillion in Canada. Employment, both direct and indirect stemming from new oil sands investments is projected to grow from 75,000 jobs in 2010 to over 900,000 jobs by 2035. And CERI’s estimate is somewhat more conservative than CAPP’s, estimating oil production at only 5.4 million barrels per day by 2035.

But several obstacles stand in the way of reaping these huge economic benefits, the biggest of which is a projected lack of safe, low-cost transport capacity to move that oil to world markets, where it can fetch the highest price. Already, oil transport limitations are costing Canadians at least $17 billion per year, and depending on market fluctuations, those losses could reach $25 billion per year.

But it’s not just oil producers that are feeling the pinch – pensioners share the pain. The Canadian Pension Plan, for example, holds some $2.8 billion in stock from companies involved in oil sands production. The Ontario Teachers’ Pension Plan also has at least $1 billion invested in oil-sands companies. And, governments also take a hit: Alberta took in $2.4 billion less in oil-sands royalty revenues during fiscal 2012-13 than expected largely due to the bitumen price discounting that was occurring in both Canada and the U.S. Saskatchewan lowered its expected royalty revenues from heavy oil by $278 million. Governments are further affected when personal and corporate income tax revenue growth is constrained by slower growth of employment and labor income and reduced earnings from operations because of price discounting.

One obstacle to pipeline development is simply satisfying regulatory requirements that can be quite onerous, costly, and time consuming, involving numerous governmental agencies, and negotiations with land-owners, aboriginal groups, governments, municipalities and other stakeholders. The Harper government has tried to address regulatory complexity with its “one project, one review” initiative, but approval cycles still play out over years rather than months.

Another obstacle (and perhaps the biggest obstacle) to the expansion of oil pipeline capacity in Canada and the United States is political, as exemplified by the Keystone XL Pipeline case. Keystone XL is the world’s most studied pipeline, and virtually all environmental, engineering, routing, and other engineering challenges pertaining to both the Canadian and U.S. portions have long been put to rest. But under pressure from environmental pressure groups such as 350.org and Greenpeace, the Obama administration continues to stall approval of the pipeline, most recently moving the decision relating to the granting of the required presidential permit into 2014, which is a mid-term election year in the United States, wherein Keystone XL could easily get lost in the shuffle. Similar political barriers are springing up in Canada, with aboriginal and environmental groups opposing initiatives that would move oil from Alberta’s oil-sand deposits both west to the Pacific Ocean, and east to the Atlantic.

There’s little question that Canada’s oil will find a way to market: the value represented by Canada’s oil reserves is simply too vast to envision a world where it’s left in the ground, despite the most fervent wishes of environmentalists. The only question is not if the oil will reach markets, it is how.

Already, we are witnessing a sharp increase of oil transport by rail to markets in Canada and the U.S., and rail transport is being considered to bring oil from Alberta out to ports in British Columbia. In this regard, environmentalists may wish to be careful, lest they get consequences that they do not like. While generally safe, rail transport of oil is not as safe as transportation by pipeline.