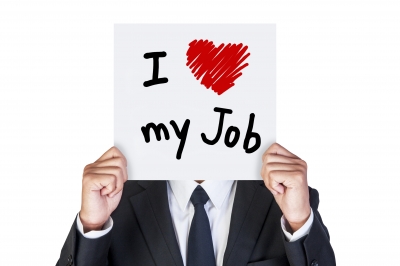 With the economy picking up steam, a key focus for entrepreneurs will be on building a winning team that’s committed to the business for the long run. Here’s a primer on how a high-performance, engaged workforce can lead to more satisfied clients and better business results.

When the recession hit in 2007, Jason Parks faced a choice: lay off employees or invest in his people. The owner of Profab Welding put his employees first. Workers not only kept their jobs but also learned new skills that allowed the company to expand into new specialty areas.

“A lot of people worked really hard to help me build this company, so the least I could do was fight for them when business dropped off,” says Parks, who now has a workforce of 120. “It turned out to be one of the best decisions I’ve made, because it diversified the company’s business lines and it diversified our people.”

A strengthening Canadian economy is expected to increase demand for skilled labour over the coming year, particularly in the resource-rich western provinces. A proven way to attract and retain skilled workers is to give them meaningful responsibilities, new learning opportunities and stimulating challenges, says Mary Karamanos, Senior Vice President, Human Resources, at the Business Development Bank of Canada (BDC).

“What keeps most employees engaged is a fundamental purpose and meaning in their work,” says Karamanos. “They need to feel they are part of a team and that their contributions are helping the company. Having greater responsibilities and more opportunities to grow in their career is how many employees define success today.”

The result is a motivated, high-performance workforce committed to building an efficient, profitable and competitive company. The alternative, warns Karamanos, is high employee turnover and productivity losses.

A well-run business where employees thrive is also a powerful recruitment tool. Younger workers have different expectations than their parents, who tended to be more conservative and placed more emphasis on the value of their pay and benefits package.

“Generation Ys aren’t willing to put up with jobs they don’t find fulfilling,” says Karamanos. “They are more self-confident and increasingly sophisticated in how they define their success criteria and choose a good employer.”

Experts insist that inspired leadership is more effective than traditional command-and-control management in building an engaged workforce. It begins with effectively communicating your corporate vision and team mission.

“Employees need to know you have both hands on the steering wheel,” says Andrée Mercier, a Principal at Hewitt Associates. “Remember, people don’t tend to quit organizations; they quit bad bosses.”

Parks admits he tried to micro-manage everything in the early days. He’s since learned that delegating gives him more time to focus on the bigger business issues and allows him to be a better manager.

“Also it has empowered our employees and shows that management has trust in their abilities,” says Parks, who insists on calling his employees co-workers.

Hewitt Associates’ Best Employers Study found that employees who feel engaged are sick 50% less often and are four times less likely to suffer from psychological distress. The study also found that financial recognition is among the shortest lived motivators.

“The psychological impact of a bonus or salary [increase] is about three months long, whereas non-financial recognition—when it’s genuine and deserved—lasts a lot longer and has a greater impact in terms of motivating people, and building their self-confidence and loyalty to you and the company,” says Mercier.

At Profab, non-financial rewards may include flexible work hours, support for an employee’s favourite charity or sports team, dinner out, or a company barbecue.

Of course, financial rewards do have their place. When business is good, Profab recognizes exceptional employees with cash bonuses or a free weekend trip to Las Vegas. Senior staffers also receive shares in the company, which they can cash out when they retire.

Profab’s employee turnover is now among the lowest in the industry—just one reason why Parks was named one of BDC’s Young Entrepreneur Award winners in 2011. He credits the company’s success to a dedicated team that’s committed to the business for the long haul.